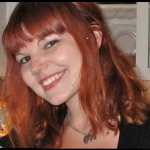 Skn7 is a conserved fungal heat shock factor-type transcriptional regulator. It participates in maintaining cell wall integrity and regulates the osmotic/oxidative stress response (OSR) in S. cerevisiae, where it is part of a two-component signal transduction system. Here, we comprehensively address the function of Skn7 in the human fungal pathogen Candida albicans. We provide evidence reinforcing functional divergence, with loss of the cell wall/osmotic stress-protective roles and acquisition of the ability to regulate morphogenesis on solid medium. Mapping of the Skn7 transcriptional circuitry, through combination of genome-wide expression and location technologies, pointed to a dual regulatory role encompassing OSR and filamentous growth. Genetic interaction analyses revealed close functional interactions between Skn7 and master regulators of morphogenesis, including Efg1, Cph1 and Ume6. Intracellular biochemical assays revealed that Skn7 is crucial for limiting the accumulation of reactive oxygen species (ROS) in filament-inducing conditions on solid medium. Interestingly, functional domain mapping using site-directed mutagenesis allowed decoupling of Skn7 function in morphogenesis from protection against intracellular ROS. Our work identifies Skn7 as an integral part of the transcriptional circuitry controlling C. albicans filamentous growth and illuminates how C. albicans relies on an evolutionarily-conserved regulator to protect itself from intracellular ROS during morphological development.