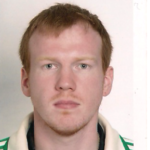 Clostridium difficile is a major cause of diarrhoea associated with antibiotherapy. Exposed to stresses in the gut, C. difficile can survive by inducing protection, detoxification and repair systems. In several firmicutes, most of these systems are controlled by the general stress response involving σ . In this work, we studied the role of σ in the physiopathology of C. difficile. We showed that the survival of the sigB mutant during the stationary phase was reduced. Using a transcriptome analysis, we showed that σ controls the expression of ∼25% of genes including genes involved in sporulation, metabolism, cell surface biogenesis and the management of stresses. By contrast, σ does not control toxin gene expression. In agreement with the up-regulation of sporulation genes, the sporulation efficiency is higher in the sigB mutant than in the wild-type strain. sigB inactivation also led to increased sensitivity to acidification, cationic antimicrobial peptides, nitric oxide and ROS. In addition, we showed for the first time that σ also plays a crucial role in oxygen tolerance in this strict anaerobe. Finally, we demonstrated that the fitness of colonisation by the sigB mutant is greatly affected in a dixenic mouse model of colonisation when compared to the wild-type strain.