e.g. searching for members in projects tagged cancer
Search for
Count
IN
OUT
Content 1
Content 2
Search
Go back
Scroll to top
Share
Vibrio cholerae chromosome 2 copy number is controlled by the methylation-independent binding of its monomeric initiator to the chromosome 1 crtS site
Conformational transitions of the serotonin 5-HT receptor
© Research
Publication : Cellular microbiology

Systematic gene overexpression in Candida albicans identifies a regulator of early adaptation to the mammalian gut. 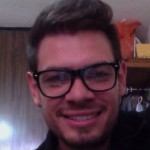 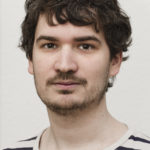 Candida albicans is part of the human gastrointestinal (GI) microbiota. To better understand how C. albicans efficiently establishes GI colonisation, we competitively challenged growth of 572 signature-tagged strains (~10% genome coverage), each conditionally overexpressing a single gene, in the murine gut. We identified CRZ2, a transcription factor whose overexpression and deletion respectively increased and decreased early GI colonisation. Using clues from genome-wide expression and gene-set enrichment analyses, we found that the optimal activity of Crz2p occurs under hypoxia at 37°C, as evidenced by both phenotypic and transcriptomic analyses following CRZ2 genetic perturbation. Consistent with early colonisation of the GI tract, we show that CRZ2 overexpression confers resistance to acidic pH and bile salts, suggesting an adaptation to the upper sections of the gut. Genome-wide location analyses revealed that Crz2p directly modulates the expression of many mannosyltransferase- and cell-wall protein-encoding genes, suggesting a link with cell-wall function. We show that CRZ2 overexpression alters cell-wall phosphomannan abundance and increases sensitivity to tunicamycin, suggesting a role in protein glycosylation. Our study reflects the powerful use of gene overexpression as a complementary approach to gene deletion to identify relevant biological pathways involved in C. albicans interaction with the host environment.