e.g. searching for members in projects tagged cancer
Search for
Count
IN
OUT
Content 1
Content 2
Search
Go back
Scroll to top
Share
Chlamydia co-opts the rod shape-determining proteins MreB and Pbp2 for cell division
CXCR3 antagonism of SDF-1(5-67) restores trabecular function and prevents retinal neurodegeneration in a rat model of ocular hypertension
© Structural Dynamics Of Macromolecules
The structure of a bacterial analog of the nicotinic receptor (one color per subunit) inserted into the cell membrane (grey and orange). A representation of the volume accessible to ions is shown in yellow.
Publication : Structure (London, England : 1993)

Structure and pharmacology of pentameric receptor channels: from bacteria to brain 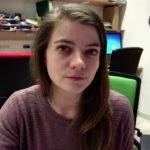 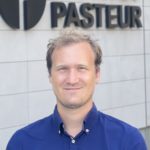 Orthologs of the pentameric receptor channels that mediate fast synaptic transmission in the central and peripheral nervous systems have been found in several bacterial species and in a single archaea genus. Recent X-ray structures of bacterial and invertebrate pentameric receptors point to a striking conservation of the structural features within the whole family, even between distant prokaryotic and eukaryotic members. These structural data reveal general principles of molecular organization that allow allosteric membrane proteins to mediate chemoelectric transduction. Notably, several conformations have been solved, including open and closed channels with distinct global tertiary and quaternary structure. The data reveal features of the ion channel architecture and of diverse categories of binding sites, such as those that bind orthosteric ligands, including neurotransmitters, and those that bind allosteric modulators, such as general anesthetics, ivermectin, or lipids. In this review, we summarize the most recent data, discuss insights into the mechanism of action in these systems, and elaborate on newly opened avenues for drug design.