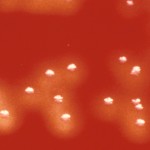 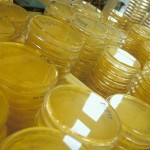 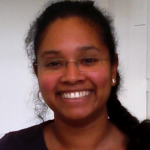 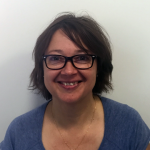 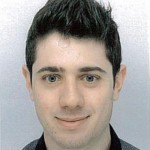 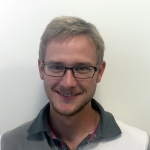 Studies have shown that ruminants constitute reservoirs of Listeria monocytogenes, but little is known about the epidemiology and genetic diversity of this pathogen within farms. Here we conducted a large-scale longitudinal study to monitor Listeria spp. in 19 dairy farms during three consecutive seasons (N = 3251 samples). L. innocua was the most prevalent species, followed by L. monocytogenes. Listeria monocytogenes was detected in 52.6% of farms and more frequently in cattle (4.1%) and sheep (4.5%) than in goat farms (0.2%). Lineage I accounted for 69% of L. monocytogenes isolates. Among animal samples, the most prevalent sublineages (SL) and clonal complexes (CC) were SL1/CC1, SL219/CC4, SL26/CC26 and SL87/CC87, whereas SL666/CC666 was most prevalent in environmental samples. Sixty-one different L. monocytogenes cgMLST types were found, 28% common to different animals and/or surfaces within the same farm and 21% previously reported elsewhere in the context of food and human surveillance. Listeria monocytogenes prevalence was not affected by farm hygiene but by season: higher prevalence was observed during winter in cattle, and during winter and spring in sheep farms. Cows in their second lactation had a higher probability of L. monocytogenes faecal shedding. This study highlights dairy farms as a reservoir for hypervirulent L. monocytogenes.