e.g. searching for members in projects tagged cancer
Search for
Count
IN
OUT
Content 1
Content 2
Search
Go back
Scroll to top
Share
The perivascular origin of pathological fibroblasts
The putative flippase Apt1 is required for intracellular membrane architecture and biosynthesis of polysaccharide and lipids in Cryptococcus neoformans
© Jean-Claude Antoine
Leishmania mexicana amazonensis
Publication : Frontiers in cellular and infection microbiology 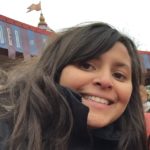 Leishmania biomarker discovery remains an important challenge that needs to be revisited in light of our increasing knowledge on parasite-specific biology, notably its genome instability. In the absence of classical transcriptional regulation in these early-branching eukaryotes, fluctuations in transcript abundance can be generated by gene and chromosome amplifications, which have been linked to parasite phenotypic variability with respect to virulence, tissue tropism, and drug resistance. Conducting in vitro evolutionary experiments to study mechanisms of Leishmania environmental adaptation, we recently validated the link between parasite genetic amplification and fitness gain, thus defining gene and chromosome copy number variations (CNVs) as important Leishmania biomarkers. These experiments also demonstrated that long-term Leishmania culture adaptation can strongly interfere with epidemiologically relevant, genetic signals, which challenges current protocols for biomarker discovery, all of which rely on in vitro expansion of clinical isolates. Here we propose an experimental framework independent of long-term culture termed “reverse” epidemiology, which applies established protocols for functional genetic screening of cosmid-transfected parasites in animal models for the identification of clinically relevant genetic loci that then inform targeted field studies for their validation as Leishmania biomarkers.