Putative Biomarkers of Environmental Enteric Disease Fail to Correlate in a Cross-Sectional Study in Two Study Sites in Sub-Saharan Africa. 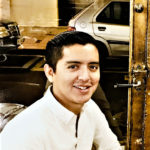 Environmental enteric dysfunction (EED) is an elusive, inflammatory syndrome of the small intestine thought to be associated with enterocyte loss and gut leakiness and lead to stunted child growth. To date, the gold standard for diagnosis is small intestine biopsy followed by histology. Several putative biomarkers for EED have been proposed and are widely used in the field. Here, we assessed in a cross-sectional study of children aged 2-5 years for a large set of biomarkers including markers of protein exudation (duodenal and fecal alpha-1-antitrypsin (AAT)), inflammation (duodenal and fecal calprotectin, duodenal, fecal and blood immunoglobulins, blood cytokines, C-reactive protein (CRP)), gut permeability (endocab, lactulose-mannitol ratio), enterocyte mass (citrulline) and general nutritional status (branched-chain amino acids (BCAA), insulin-like growth factor) in a group of 804 children in two Sub-Saharan countries. We correlated these markers with each other and with anemia in stunted and non-stunted children. AAT and calprotectin, CRP and citrulline and citrulline and BCAA correlated with each other. Furthermore, BCAA, citrulline, ferritin, fecal calprotectin and CRP levels were correlated with hemoglobin levels. Our results show that while several of the biomarkers are associated with anemia, there is little correlation between the different biomarkers. Better biomarkers and a better definition of EED are thus urgently needed.