Modulation of the host immune response by a transient intracellular stage of Mycobacterium ulcerans: the contribution of endogenous mycolactone toxin

Mycobacterium ulcerans (Mu), the aetiological agent of Buruli ulcer, is an extracellular pathogen producing the macrolide toxin mycolactone. Using a mouse model of intradermal infection, we found that Mu was initially captured by phagocytes and transported to draining lymph nodes (DLN) within host cells. Similar to Buruli ulcers in humans, the infection site eventually became ulcerated with tissue necrosis and extracellular bacteria, at later stages. In contrast to Mycobacterium bovis BCG (BCG), Mu did not disseminate to the spleen. However, mice infected with Mu or BCG developed comparable primary cellular responses to mycobacterial antigens in DLN and spleen. The role of mycolactone in this sequence of events was examined with a mycolactone-deficient (mup045) mutant of Mu. Mup045 bacilli were better internalized than wild-type (wt) bacteria by mouse phagocytes in vitro. Moreover, infection with wt but not mup045 Mu led to inhibition of TNF-alpha expression, upregulation of MIP-2 chemokine, and host cell death within 1 day. Our results suggest that mycolactone expression during the intracellular life of Mu may contribute to immune evasion by inhibiting phagocytosis, provoking apoptosis of antigen presenting cells and altering the establishment of an appropriate inflammatory reaction. 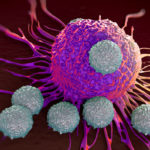