The Zika virus (ZIKV) epidemics in South East Asia, French Polynesia, the Caribbean islands and the Americas, and its association with neurological disorders including Guillain-Barré syndrome and microcephaly and other defects in newborns have triggered a global public health response. ZIKV infection mainly occurs after a bite by infected Aedes mosquitoes, through maternal–fetal transmission, and less frequently by sexual transmission. In 2017, evidence of vector-borne ZIKV transmission have been reported in about 85 countries or territories.

The innate immune response controls viral spread and disease development in most of infected individuals, through mechanisms that are not clearly understood. We are studying the cytopathic effect of the virus, that is to say the morphological changes of the cell, to understand what happens once the virus replicates. We recently observed that the infected cell reacts by forming massive intracellular vacuoles which leads to the death of the cell. This phenomenon of cellular destruction is mainly visible in the absence of the protein IFITM3. These observations are made in the cells naturally targeted by the virus, including epithelial cells, fibroblasts of the skin and brain astrocytes.

These observations are made in the cells naturally targeted by the virus, including epithelial cells, fibroblasts of the skin and brain astrocytes.

Our aim is to understand how Zika virus replicates despite this massive cytopathic effect, and to further describe the protective innate response of the host.

We are using video microscopy electron microscopy and other techniques to address these questions. 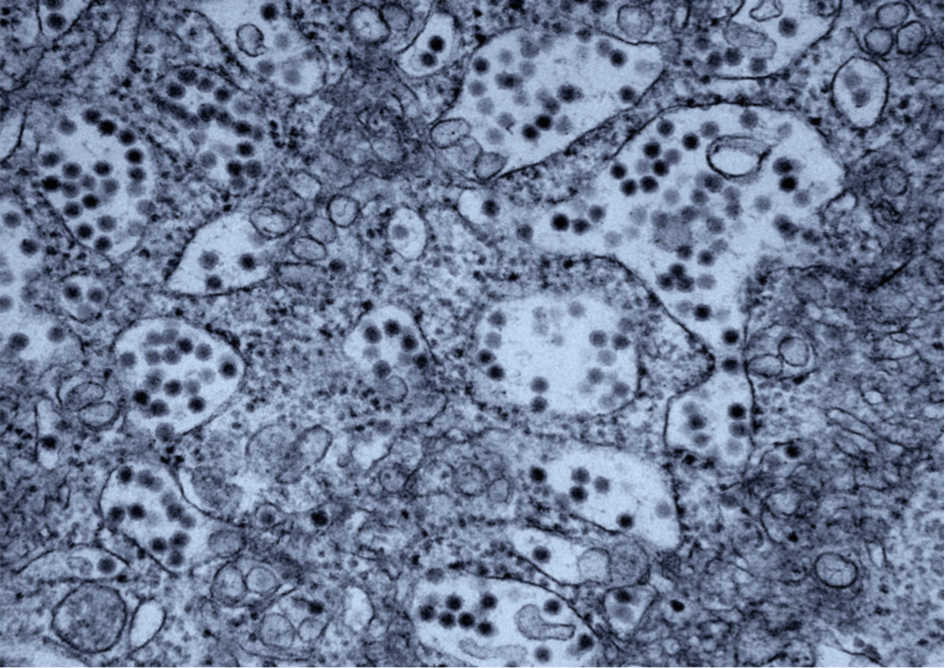 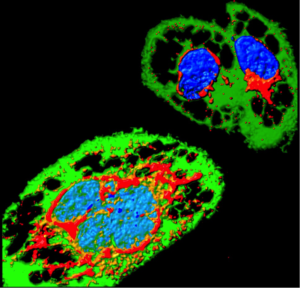 ZIKV modifies the morphology of the cells and makes them implode. Example of HeLa cells.

ZIKV modifies the morphology of the cells and makes them implode. Example of primary human skin fibroblasts.