e.g. searching for members in projects tagged cancer
Search for
Count
IN
OUT
Content 1
Content 2
Search
Go back
Scroll to top
Share
Molecular and serological investigations on leptospirosis
Epidemiology and evolution of respiratory viruses
© Research
Project 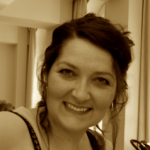 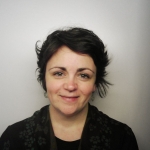 Research in the Viral Pathogenesis Unit focuses on (i) the pharmacological, biological, and physiopathological study of chemokines and chemoreceptors, with an emphasis on CXCR4 and CCR5, the two major coreceptors for HIV entry; (ii) the study of the adaptive immune responses in rare patients called HIV Controllers, who spontaneously control HIV replication in the absence of antiretroviral therapy.

1- The role of chemokines / heparan sulfates (HS) interactions in leukocyte trafficking and homeostasis. We have developed the first mouse model where the CXCL12 chemokine is invalidated for binding to HS while retaining the capacity to bind its cognate receptor CXCR4. The model supports a role for chemokine/HS interactions in regulating the migration and homeostasis of B lymphocytes.

2- The role of the chemokine barrier in viral escape

Chemokine that bind CCR5 have the potential to inhibit HIV entry. However, we have recently shown that different CCR5 conformations at the cell surface are differentially engaged by chemokines and HIV envelope gp120, making chemokines weaker inhibitors of HIV infection than would be expected from their binding affinity constants for CCR5. In contrast, we show that chemokine analogs achieve highly potent HIV-1 inhibition due to high-affinity interactions with internalizing and/or gp120-binding receptors. These findings provide insights for the development of new anti-HIV molecules.

We established that different conformations of CCR5 exist at the cell surface. To characterize these distinct conformations and their relevance to receptor function, we explore both the structural organization of CCR5 and the intracellular trafficking of the receptor. The aim is to develop new strategies to inhibit the HIV-1 entry process. To achieve this goal, we develop novel tools such as single particle tracking coupled to high-resolution fluorescence imaging.