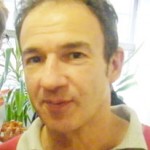 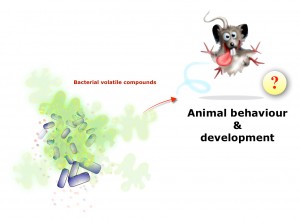 Bacteria produce hundreds of volatile compounds, important for the crafting of microbe-based foods like wine, beer, or cheese. Although  the odorant chemicals emitted by bacteria were rarely characterized in the context of bacteria-bacteria or bacteria-host interactions,  compelling evidence support the notion that bacteria produce unique volatile traces that can act as info chemicals  and mediate several biological functions. In this project, we investigate whether microbe-derived volatile chemicals trigger specific behavioral responses in rodents. The strength of attractiveness and repulsivity will be assessed for volatile chemicals originated from precise bacterial species and single compound will be identified using mass spectrometry coupled with Gas chromatography. This study aims at demonstrating that bacterial-emitted chemicals represent signaling that goes beyond intra-species communication.