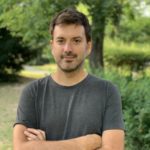 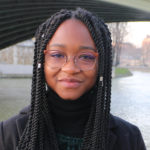 Mitochondria are critical players in cellular metabolism. Mitochondrial respiration generates ATP by a process known as oxidative phosphorylation (OXPHOS), which involves the coordinated action of several complexes and accessory proteins in the electron transport chain (ETC) at the mitochondrial inner membrane. The ETC is composed of five complexes (CI to CV) that assemble into supercomplexes to generate the mitochondrial membrane potential (mΔψ). This mΔψ allows the utilization of the proton-motive force to perform OXPHOS and thus to synthesize ATP trough the activity of complex V, the FO-F1-ATPase.

Legionella pneumophila, the causative agent of Legionnaires’ disease, injects via a type-IV- secretion-system (T4SS) more than 300 bacterial proteins into macrophages, its main host cell in humans. Certain of these proteins are implicated in reprogramming the metabolism of infected cells by reducing OXPHOS early after infection. One of these bacterial effectors is MitF, which targets mitochondrial dynamics during infection of primary human macrophages (hMDMs) via the recruitment of the host fission protein DNM1L to the mitochondrial surface. The fragmentation of mitochondrial networks provokes a T4SS-dependent reduction of OXPHOS in Legionella-infected human macrophages, evidencing a functional connection between mitochondrial dynamics and mitochondrial respiration. In addition to L. pneumophila, the intracellular bacteria Mycobacterium tuberculosis, Chlamydia trachomatis, S. Typhimurium, Brucella abortus or Listeria monocytogenes are also reported to regulate OXPHOS during infection of human cells. However, the exact mechanisms how these pathogens target the OXPHOS machinery of the host cells and whether these are similar or different is currently not known. This project aims to determine the precise mechanisms by which intracellular bacteria regulate OXPHOS activity during infection.