Investigation how eukaryotic domain capture might work: the evolution of a bacterial effector 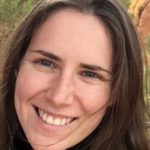 Legionella pneumophila is a gram-negative environmental intracellular bacterium which causes a severe pneumonia. It survives and replicates in the environment in protozoa and during human infection in alveolar macrophages. This is achieved by a T4BSS which translocates over 300 effector proteins into the host cell. Most intriguingly, many of these effectors harbour domains that are generally only found in eukaryotic proteins, thus they were named “eukaryotic-like domain proteins”. We and others have suggested that interdomain horizontal gene transfer may be the mechanism of acquisition of these secreted virulence factors, as evolutionary analyses of the eukaryotic-like genes suggest they come from protozoan hosts. Interdomain horizontal gene transfer has been analysed phylogenetically but not experimentally. Thus, we propose here to investigate how interdomain horizontal gene transfer may take place.