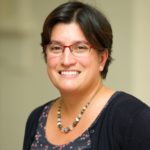 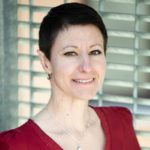 Around 1% of children are diagnosed with autism spectrum disorders (ASD), yet there are currently no drugs designed specifically to treat their main symptoms. Working to change this is the IMI-funded EU-AIMS project. The goal of EU-AIMS is to generate tools that will enhance our understanding of ASD, and ultimately pave the way for the development of new, safe and effective treatments for use in both children and adults. As well as dramatically improving quality of life, good treatments would help to cut the social and economic costs of ASD.

ASD refers to a diverse group of development disorders that are characterised by difficulties in social interaction and communication, and the presence of unusual repetitive behaviours. It affects one child in 110, with boys at greater risk of developing ASD than girls. ASD is a lifelong condition, and for reasons which are not fully understood, the prevalence of ASD is rising.

The precise symptoms and their severity vary widely from one person to another; some are only mildly afflicted and can lead relatively independent lives, while others are severely disabled and require a lot of specialist care. Furthermore, while some individuals are intellectually impaired, others excel in areas like maths and music. Finally, to add to the complication, many people with ASD suffer from other conditions, such as seizures. This diversity of symptoms means that diagnosing ASD is far from easy, and in fact it was only formally recognised as a condition relatively recently.

An urgent need for effective treatments
Today, there are no drugs designed specifically to treat ASD; instead, those affected are treated with medicines designed for other conditions. The good news is that recent research has shed new light on the neurobiology behind ASD and identified some genes that increase the risk of autism. The findings suggest that it may actually be possible to treat ASD, something that was once thought to be impossible.

EU-AIMS – aiming high
EU-AIMS represents the first time that major pharmaceutical companies are joining forces, along with experts from academia, regulatory authorities and patient groups, to accelerate the development of innovative drugs to treat this complex disorder. In terms of both budget and scope, it is the largest initiative of its kind in the world. EU-AIMS will generate new tools to study the biology behind ASD and test the efficacy of potential treatments. For example, the team will gather samples from people bearing certain mutations associated with ASD; this will pave the way for the generation of cell lines that can be used to test treatments.

Elsewhere, the researchers will advance the use of brain scans as a tool to boost ASD drug discovery and also identify which people with ASD might respond best to a given drug. The project will also create a pan-European network of clinical sites. As well as making it easier to run clinical trials, this network will create an interactive platform for those with ASD and professionals. Ultimately, the project aims to come up with methods and tools to develop effective treatments for ASD (in both children and adults) as well as tools to diagnose ASD and assess symptoms in the clinic.

Relief for patients
Despite the lack of effective, dedicated ASD treatments, almost three quarters of children with ASD are on medication developed to tackle symptoms like tics, seizures, and hyperactivity. However, there is little evidence to suggest that the benefits outweigh the unpleasant side-effects of these drugs. Furthermore, little is known about what treatments are effective in adults. By paving the way for the development of new treatments, EU-AIMS is set to dramatically improve the quality of life of the growing numbers of people with ASD. In addition, EU-AIMS will help to cut the heavy economic and social costs of autism.

By linking up these experts and creating a pan-European network for both people with ASD and professionals, EU-AIMS will place Europe firmly on the ASD research map and give Europe’s pharmaceutical sector a competitive edge when it comes to getting novel ASD drugs to the market and the patient.