Control of toxin synthesis and secretion in Clostridium difficile 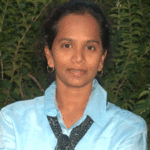 The variable spectrum of diseases caused by C. difficile (CD) is correlated for the severe forms to the level of toxins produced during host infection. This strengthened the idea that regulation of toxin synthesis is an important part of CD pathogenesis. A breakthrough in understanding regulation of toxin gene expression came when we found that together with three accessory genes (tcdR, tcdE and tcdC), toxin genes (tcdA and tcdB) form a chromosomal genetic unit of 19.6 kb designated the pathogenicity locus (PaLoc), which is only present in toxin-producing strains. TcdR is an alternative s factor that interacts with the core enzyme of the RNA polymerase (RNAP) to specifically recognize and activate transcription of toxin genes. TcdR was the first member of a new group of sigma factors within the s70 family, which currently contains several sigma factors of toxinogenic clostridia. TcdC is an anti-sigma factor that negatively regulates toxin gene expression by interfering with the ability of the TcdR-containing RNAP to recognize the tcdA and tcdB promoters. Finally, TcdE protein encoded by the last PaLoc gene presents structural features in common with bacteriophage holins involved in phage release. CD toxins have no export signature and their secretion is not explained by cell lysis. We demonstrated that CD toxin secretion requires holin activity of TcdE but without induction of cell lysis contrary to the classical phage holins . TcdE was the first example of a bacterial protein that release toxins by a phage-like system, an unusual secretion mechanism. Other members of the lar 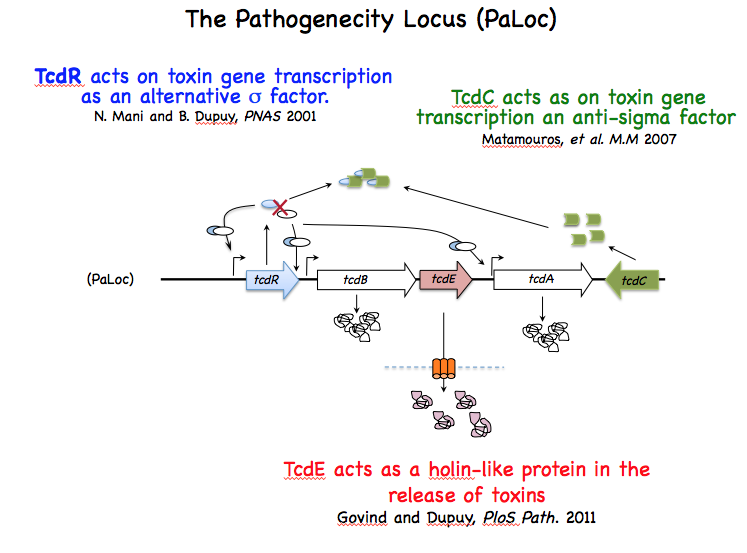 ge clostridial toxin family are produced by C. sordellii (TcsL/TcsH), C. novyi (TcnA) and C. perfringens (TpeL). Moreover, genes encoding these toxins together with genes encoding homologs of TcdR and TcdE reside within PaLoc-like regions. In collaboration with the Monash Institute (Dr D. Lyras, Australia), we are currently working on the role of the TcdE homologs in the secretion of these clostridial toxins that will reinforce the original secretion pathway involving a phage-holin protein. 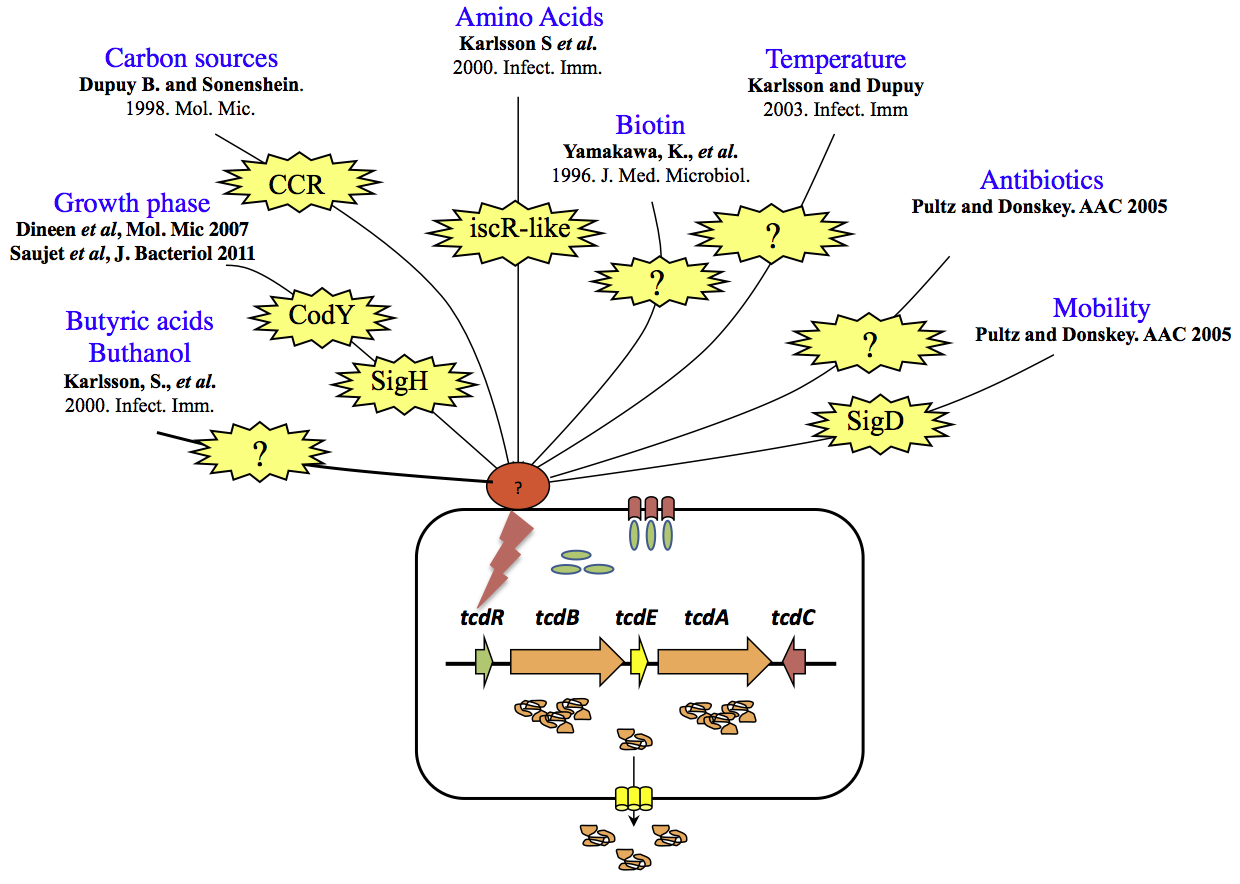 We also elucidated the role of the carbon catabolite repression system (CCR) in the control of CD toxin synthesis and demonstrated that CcpA, the global regulator of the CCR, is a key factor controlling in addition to toxin synthesis, the major metabolic pathways and sporulation in response to glucose availability. We also decipher the mechanism controlling toxin synthesis in response to cysteine. We showed that cysteine-regulation of toxins is actually due to the accumulation of pyruvate via the cysteine degradation that required the transcriptional factor SigL and a TCS whose mechanism is still underdetermined. Recently, we demonstrated relationships between flagella synthesis and toxin expression, through the specific flagella sigma factor SigD, which directly control tcdR transcription. Finally, we showed that SigH, the key sigma factor of the transition phase and Rex, a global redox-sensing repressor control toxin synthesis in addition to other virulence factors, metabolism pathways and sporulation.