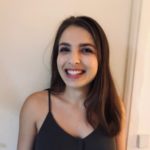 How epithelia cope with high rates of elimination, a fairly common situation during development and homeostasis? To answer this question, Romain Levayer’s team turned to the Drosophila pupal notum, a single layer epithelium. Using a new optogenetic tool to induce targeted cell elimination by activating caspases, they first found that the simultaneous extrusion of three neighboring cells is abnormal and associated with transient loss of epithelium sealing. However, this type of configuration, detrimental for the tissue, is never observed during normal development.

A thorough analysis of cell death distribution shows it does not actually follow a Poisson process and that every death is followed by a local and transient refractory phase lasting ~1h. Indeed, caspase activity is transiently inhibited near every extruding cells. Using a live activity sensor previously developed by the team, they observed systematic ERK pulses (a prosurvival factor in the notum) in the neighbours of extruding cells. By depleting EGFR (thus abolishing all the pulses), while the rate of cell death remains the same in the posterior region, they showed that cell death distribution becomes random and allows for the frequent appearance of clusters of cell elimination.

This study demonstrates that cell death distribution is regulated at a local scale by the EGFR-ERK pathway and is essential to maintain tissue cohesion. Similar mechanisms have been discovered in mammals by the team of Olivier Pertz at the University of Bern and published in the same issue of Developmental Cell, suggesting this protective process might be conserved across species.

Live imaging of the activation of the EGFR-ERK pathway in cells neighboring a dying cell. The reporter is excluded from cell nuclei upon EGFR-ERK activation (the dying cell is shown by the green circle). The same activation can be visualised with an alternative sensor (so called FRET based sensor, red corresponds to high activity and blue low activity).

To read the press release (in French): here