My research activities are oriented towards the sequencing and analysis of the human intestinal microbiota to understand its structure and function. My team uses high-throughput sequencing (HTS) and bioinformatics tools, including machine learning techniques, to study the role of the microbiota in human health and disease. We are particularly interested in the colonization and development of the microbiota in newborns and infants, and our projects include the transmission of healthy and/or potentially pathogenic organisms from mother to infant. We also study how antibiotic treatments alter the microbiota as well as how crosstalk with the environment can affect microbiota diversity and function.  We are always open to collaborations in exciting projects.

I received my doctorate in microbiology from the University of Massachusetts studying the sequence and genetic structure and evolution of halophilic Archaea. My postdoctoral research concerned the biochemistry of transcription initiation and non-natural amino acids and was undertaken at the Massachusetts Institute of Technology (MIT). In 2005 I accepted an exciting opportunity at the CNRS in France combining classical genetics, high-throughput screening, and bioinformatics to investigate the link between cell division and chromosome replication.

In 2008 I obtained a permanent position at INRA to establish an NGS sequencing group, MetaQuant, studying the intestinal microbiota. In seven years I participated in or led work packages for the European projects MetaHIT (obesity, IBS, Crohn’s Disease), EvoTAR (antibiotic resistance in hospitals) and MetaCardis (cardiovascular disease and diabetes). Work on these projects with partners at the EMBL and BGI resulted in several high-impact publications on intestinal health and dysbiosis link with a disease as well as methods describing the organization and analysis of high-dimensional datasets. My team was a primary founder in 2012 of the MetaGenoPolis Unit at INRA, financed by the French government’s “Investissements d’Avenir”. By 2015 the unit housed the latest HTS technology as a suite of robotic solutions to fully integrate DNA quantification library production. Over 100 projects with both public and private entities were processed during this period.

I was recruited to Institut Pasteur in 2015 as Director of the Biomics Unit at the Pasteur Institute in Paris, to head HTS services and develope metagenomic analysis on campus and within the Pasteur International Network.  Over the span of three years, I initiated the introduction of long-read technology (PacBio / Nanopore), obtained ISO 9001 certification of DNA/RNA services and developed an active metagenomics research activity with several financed projects.

Since 2018 I became affiliated with the Department of Computational Biology (USR 3756 CNRS) and have set up a team to focus on microbiota research and analysis tools. Our current projects center on machine learning and functional prediction to investigate the role that the microbiota plays in health and well-being. Of particular interest is how mother-infant intestinal colonization occurs and how this transmission impacts the maturation of the immune system and contributes to health and disease later in life. 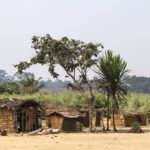 MICROTONE – Microbial and viral circulations among people and wild and domesticated animals in an ecotone, Democratic Republic of Congo 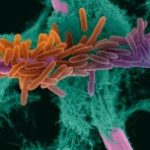 CoSimmGen : Constitution of a prospective cohort of healthy and diseased individuals with an associated human biological resources collection for the purpose of studying of genetic, immunological and environmental factors in human diseases

Context : Studying physiopathology of human diseases, focused in particular on genetic, immunological and environmental factors necessitate to access to human cohorts of healthy and diseased individuals and the corresponding bioresources. The rarity of […]

We designed a PyQt graphical user interface—Sequanix—aimed at democratizing the use of Snakemake pipelines in the NGS space and beyond. By default, Sequanix includes Sequana NGS pipelines (Snakemake format) (http://sequana.readthedocs.io), and is also capable […] 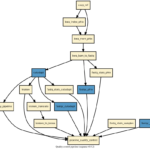 Sequana is a Python framework designed to provide pipelines to analyse Next Generation Sequencing data sets. Sequana provides tools to access the sequence quality but also post-processing analysis such as depth of coverage or […]

SHAMAN is a SHiny Application for Metagenomic ANalysis including the normalization, the differential analysis and mutiple visualization. SHAMAN is based on DESeq2 R package [Anders and Huber 2010] for the analysis of metagenomic data, […]