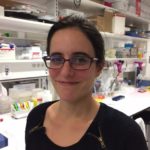 Cilia and flagella are complex organelles made of hundreds of proteins of highly variable structures and functions. Here we report the purification of intact flagella from the procyclic stage of Trypanosoma brucei using mechanical shearing. Structural preservation was confirmed by transmission electron microscopy that showed that flagella still contained typical elements such as the membrane, the axoneme, the paraflagellar rod, and the intraflagellar transport particles. It also revealed that flagella severed below the basal body, and were not contaminated by other cytoskeletal structures such as the flagellar pocket collar or the adhesion zone filament. Mass spectrometry analysis identified a total of 751 proteins with high confidence, including 88% of known flagellar components. Comparison with the cell debris fraction revealed that more than half of the flagellum markers were enriched in flagella and this enrichment criterion was taken into account to identify 212 proteins not previously reported to be associated to flagella. Nine of these were experimentally validated including a 14-3-3 protein not yet reported to be associated to flagella and eight novel proteins termed FLAM (FLAgellar Member). Remarkably, they localized to five different subdomains of the flagellum. For example, FLAM6 is restricted to the proximal half of the axoneme, no matter its length. In contrast, FLAM8 is progressively accumulating at the distal tip of growing flagella and half of it still needs to be added after cell division. A combination of RNA interference and Fluorescence Recovery After Photobleaching approaches demonstrated very different dynamics from one protein to the other, but also according to the stage of construction and the age of the flagellum. Structural proteins are added to the distal tip of the elongating flagellum and exhibit slow turnover whereas membrane proteins such as the arginine kinase show rapid turnover without a detectible polarity.