Flavobacterium bizetiae sp. nov., isolated from diseased freshwater fish in Canada at the end of the 1970s. 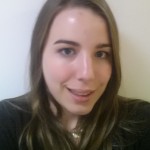 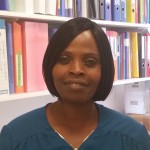 Genome sequence analysis of two strains collected in Canada at the end of the 1970s and deposited in 1998 at the Collection de l’Institut Pasteur has led to the taxonomic description of a novel fish-associated species in the genus Flavobacterium. Both strains, CIP 105534T and CIP 105535, were yellow-pigmented, Gram-stain-negative, non-spore-forming rod-shaped bacteria that exhibited gliding motility. They grew aerobically in a temperature range from 5 to 30 °C with optimal growth at 25 °C on trypticase soy or Reasoner’s 2A agar but they did not grow on marine agar. Their major fatty acid profiles were similar, consisting of iso-C15:0, C16:1 ω7c and/or iso-C15:0 2-OH (shown as summed feature 3), C16:0 3-OH, iso-C17:0 3-OH and C16:0. The major polyamine was sym-homospermidine. Phosphatidylethanolamine and, most notably, ornithine-containing lipid OL2 and unidentified aminophospholipid APL1 were major polar lipids. A yellow pigment spot was visible after chromatographic analysis. The predominant respiratory quinone was MK-6. The G+C content of the two genomes was 34 mol% and their size was around 5.8 Mb. Comparison of the 16S rRNA gene sequences with those of the closely related type strains showed high levels of relatedness with Flavobacterium collinsii and Flavobacterium pectinovorum. All average nucleotide identity (ANI) and digital DNA-DNA hybridization values estimated against publicly available Flavobacterium genome assemblies were lower than 90 and 30%, respectively. Phylogenetic, phenotypic and chemotaxonomic data indicated that the two strains represent a novel species of the genus Flavobacterium, for which the name Flavobacterium bizetiae sp. nov. is proposed. The type strain is CIP 105534T (=LMG 1342T). The unique ability of F. bizetiae to use melibiose as a sole source of carbon could provide a simple phenotypic test to discriminate F. bizetiae from its closest relatives.