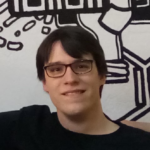 Travel to tropical regions is associated with high risk of acquiring extended-spectrum beta-lactamase-producing Enterobacterales (ESBL-E) that are typically cleared in less than 3 months following return. The conditions leading to persistent carriage that exceeds 3 months in some travellers require investigation. Whole-genome sequencing (Illumina MiSeq) was performed on the 82 ESBL-E isolates detected upon return and 1, 2, 3, 6 and 12 months later from the stools of 11 long-term (>3 months) ESBL-E carriers following travel abroad. One to five different ESBL Escherichia coli strains were detected per traveller upon return, and this diminished to one after 3 months. Long-term carriage was due to the presence of the same ESBL E. coli strain, for more than 3 months, in 9 out of 11 travellers, belonging to epidemic sequence type complexes (STc 10, 14, 38, 69, 131 and 648). The mean carriage duration of strains belonging to phylogroups B2/D/F, associated with extra-intestinal virulence, was higher than that for commensal-associated A/B1/E phylogroups (3.5 vs 0.5 months, P=0.021). Genes encoding iron capture systems (fyuA, irp), toxins (senB, sat), adhesins (flu, daaF, afa/nfaE, pap, ecpA) and colicin (cjrA) were more often present in persistent strains than in transient ones. Single-nucleotide polymorphism (SNP) analysis in persistent strains showed a maximum divergence of eight SNPs over 12 months without signs of adaptation. Genomic plasticity was observed during the follow-up with the loss or gain of mobile genetic elements such as plasmids, integrons and/or transposons that may contain resistance genes at different points in the follow-up. Long-term colonization of ESBL-E following travel is primarily due to the acquisition of E. coli strains belonging to epidemic clones and harbouring ‘virulence genes’, allowing good adaptation to the intestinal microbiota.