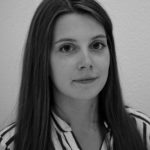 In mouse, although four Argonaute (AGO) proteins with partly overlapping functions in small-RNA pathways exist, only Ago2 deficiency causes embryonic lethality. To investigate the role of AGO2 during mouse early development, we generated Ago2-deficient mouse embryonic stem cells (mESCs) and performed a detailed characterization of their differentiation potential. Ago2 disruption caused a global reduction of microRNAs, which resulted in the misregulation of only a limited number of transcripts. We demonstrated, both in vivo and in vitro, that AGO2 is dispensable for the embryonic germ-layer formation. However, Ago2-deficient mESCs showed a specific defect during conversion into extra-embryonic endoderm cells. We proved that this defect is cell autonomous and can be rescued by both a catalytically active and an inactive Ago2, but not by Ago2 deprived of its RNA binding capacity or by Ago1 overexpression. Overall, our results suggest a role for AGO2 in stem cell differentiation.