Effect of host-parasite interaction on the outcome of malaria infection 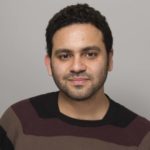 It is well accepted that the outcome of infection in malaria depends upon interaction between the human host and Plasmodium spp. This is the result of forces of selection and escape acting on the two genomes over evolutionary time. Although the parasite goes through several stages in the human host, the best characterized point of contact between the parasite and host at the molecular level is the entry of merozoites into the red blood cell, involving multiple receptor (human)-ligand (parasite) interactions that have been characterized by in vitro studies. Other interactions are likely to result in more subtle effects on infection outcome that can be explained by particular human-parasite polymorphism configurations. With the advent of high throughput genotyping and whole genome sequencing, it is now possible to envisage undertaking studies that cross human variability against parasite variability in a global fashion. At the present, we lack statistical methods to identify such interaction pairings at the genome wide level. The aim of this project is to develop and apply such methods appropriate for host-parasite interactions in the context of human infection by P. falciparum. The study relies on a large, well-characterized longitudinal malaria cohort from Senegal with numerous clinical variables collected repeatedly over a 20-year period (beginning in 1990) from two communities( ~500 subjects with data). Phenotypes of malaria infection and disease will be considered. A several month period will be selected for identification of ~300 blood samples with parasitemia for whole genome sequencing (WGS) of the Plasmodium falciparum genome. The ~500 subjects were also genotyped for 700,000 SNPs in a genome wide association study.

Statistical/computational methodological development will be applied to the issue of reduction of the complexity of P. falciparum genomic diversity across the full population and within each sample, and evaluation of parasite genome-human genome interaction as it impacts on phenotype. We will characterize P. falciparum genomic diversity in this endemic community in Senegal. Novel genepairs/interacting host-parasite polymorphism configurations acting on phenotypes will be identified and will be further explored functionally.