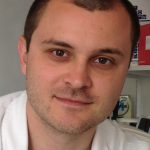 Hepatitis C virus (HCV) infection can trigger the development of autoimmune disorders among which, cryobulininemic vasculatitis is the most prevalent. HCV-associated cryobulininemic vasculatitis is mediated by mono-/oligo-clonal IgM cryoglobulins with rheumatoid factor activity, thought to be produced by atypical CD21–CD27+ memory (AtM) B cells. AtM B cells are indeed frequently detected in patients with HCV-associated cryoglobulinemia vasculitis (HCV-CV) but are anergic, and prone to apoptosis.

Thus, we investigated the cellular and molecular processes by which abnormally expanded AtM could participate to HCV-associated autoimmunity. In collaboration with Pr David Saadoun (La Pitié-Salpétrière Hospital, INSERM UMR_S 959), we studied the effects of TLR9 stimulation in HCV-CV AtM B cells and found that it induced: (i) the secretion of TNFα and IgMs with rheumatoid factor activity by AtM; (ii) an AtM-specific transcriptional signature centered on TNFα overexpression; (iii) the stimulation and secretion of IFNγ and TNFα by effector T cells and conversely, a reduction of regulatory T-cell proliferation. Moreover, we showed that AtM B-cell expansions displayed intraclonal diversity of mutated IgM with features of antigen-driven maturation. AtM antibodies did not react against ubiquitous autoantigens or HCV antigens but rather, possessed rheumatoid factor (RF) activity with unique targeted epitopes on the human IgG Fc region. 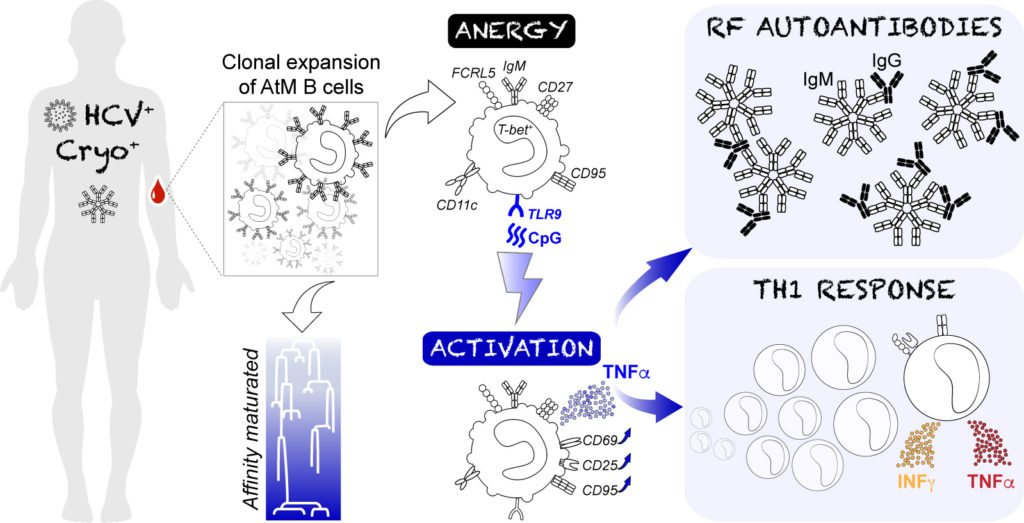