Synthetic lethality between PAXX and XLF in mammalian development 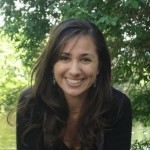 PAXX was identified recently as a novel nonhomologous end-joining DNA repair factor in human cells. To characterize its physiological roles, we generated Paxx-deficient mice. Like Xlf−/− mice, Paxx−/− mice are viable, grow normally, and are fertile but show mild radiosensitivity. Strikingly, while Paxx loss is epistatic with Ku80, Lig4, and Atm deficiency, Paxx/Xlf double-knockout mice display embryonic lethality associated with genomic instability, cell death in the central nervous system, and an almost complete block in lymphogenesis, phenotypes that closely resemble those of Xrcc4−/− and Lig4−/− mice. Thus, combined loss of Paxx and Xlf is synthetic-lethal in mammals.