e.g. searching for members in projects tagged cancer
Search for
Count
IN
OUT
Content 1
Content 2
Search
Go back
Scroll to top
Share
Sexual dysfunction among males and females with bipolar disorder and healthy subjects: The burden of illness severity.
Infravec2 guidelines for the design and operation of containment level 2 and 3 insectaries in Europe.
© Research
Publication : The EMBO journal 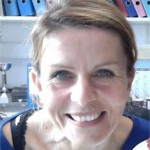 The regulation of cellular energy metabolism is central to most physiological and pathophysiological processes. However, most current methods have limited ability to functionally probe metabolic pathways in individual cells. Here, we describe SPICE-Met (Single-cell Profiling and Imaging of Cell Energy Metabolism), a method for profiling energy metabolism in single cells using flow cytometry or imaging. We generated a transgenic mouse expressing PercevalHR, a fluorescent reporter for cellular ATP:ADP ratio. Modulation of PercevalHR fluorescence with metabolic inhibitors was used to infer the dependence of energy metabolism on oxidative phosphorylation and glycolysis in defined cell populations identified by flow cytometry. We applied SPICE-Met to analyze T-cell memory development during vaccination. Finally, we used SPICE-Met in combination with real-time imaging to dissect the heterogeneity and plasticity of energy metabolism in single macrophages ex vivo and identify three distinct metabolic patterns. Functional probing of energy metabolism with single-cell resolution should greatly facilitate the study of immunometabolism at a steady state, during disease pathogenesis or in response to therapy.