e.g. searching for members in projects tagged cancer
Search for
Count
IN
OUT
Content 1
Content 2
Search
Go back
Scroll to top
Share
Genomic diversity contributes to the neuroinvasiveness of the Yellow fever French neurotropic vaccine.
RNase R is associated in a functional complex with the RhpA DEAD-box RNA helicase in Helicobacter pylori.
© Research
Publication : Cellular microbiology 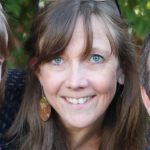 The single flagellum of African trypanosomes is essential in multiple aspects of the parasites’ development. The FLAgellar Member 8 protein (FLAM8), localised to the tip of the flagellum in cultured insect forms of Trypanosoma brucei, was identified as a marker of the locking event that controls flagellum length. Here, we investigated whether FLAM8 could also reflect the flagellum maturation state in other parasite cycle stages. We observed that FLAM8 distribution extended along the entire flagellar cytoskeleton in mammalian-infective forms. Then, a rapid FLAM8 concentration to the distal tip occurs during differentiation into early insect forms, illustrating the remodelling of an existing flagellum. In the tsetse cardia, FLAM8 further localises to the entire length of the new flagellum during an asymmetric division. Strikingly, in parasites dividing in the tsetse midgut and in the salivary glands, the amount and distribution of FLAM8 in the new flagellum were seen to predict the daughter cell fate. We propose and discuss how FLAM8 could be considered a meta-marker of the flagellum stage and maturation state in trypanosomes.