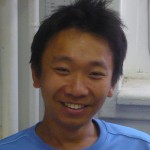 Protozoan parasites of the genus Leishmania adapt to their arthropod and vertebrate hosts through the development of defined life cycle stages. Stage differentiation is triggered by environmental stress factors and has been linked to parasite chaperone activities. Using a null mutant approach we previously revealed important, nonredundant functions of the cochaperone cyclophilin 40 in L. donovani-infected macrophages. Here, we characterized in more detail the virulence defect of cyp40-/- null mutants. In vitro viability assays, infection tests using macrophages, and mixed infection experiments ruled out a defect of cyp40-/- parasites in resistance to oxidative and hydrolytic stresses encountered inside the host cell phagolysosome. Investigation of the CyP40-dependent proteome by quantitative 2D-DiGE analysis revealed up regulation of various stress proteins in the null mutant, presumably a response to compensate for the lack of CyP40. Applying transmission electron microscopy we showed accumulation of vesicular structures in the flagellar pocket of cyp40-/- parasites that we related to a significant increase in exosome production, a phenomenon previously linked to the parasite stress response. Together these data suggest that cyp40-/- parasites experience important intrinsic homeostatic stress that likely abrogates parasite viability during intracellular infection.

https://www.ncbi.nlm.nih.gov/pubmed/27216143
Published on: 16 Jun 2016 • Modified on: 05 Feb 2019
We use cookies on our website to give you the most relevant experience by remembering your preferences and repeat visits. By clicking “Accept”, you consent to the use of ALL the cookies.
Cookie settingsACCEPT
Manage consent