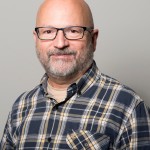 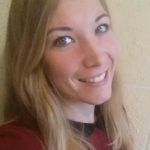 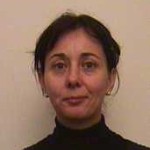 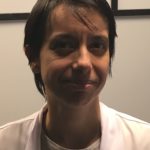 An outbreak of diphtheria, declared in Yemen in October, 2017, is ongoing. We did a cross-sectional study to investigate the epidemiological, clinical, and microbiological features of the outbreak.Probable cases of diphtheria that were defined clinically and recorded through a weekly electronic diseases early warning system (from 2017, week 22, to 2020, week 17) were used to identify trends of the outbreak (we divided the epidemic into three time periods: May 29, 2017, to June 10, 2018; June 11, 2018, to June 3, 2019; and June 4, 2019, to April 26, 2020). We used the line list of diphtheria reports for governorate-level descriptions. Vaccination coverage was estimated using the 2017 and 2018 annual reports by the national Expanded Programme on Immunization. To confirm cases biologically, Corynebacterium diphtheriae was isolated and identified from throat swabs using standard microbiological culture and identification procedures. We assessed differences in the temporal and geographical distributions of cases, including between different age groups. For in-depth microbiological analysis, tox gene and species-specific rpoB real-time PCR, Illumina genomic sequencing, antimicrobial susceptibility analysis (disk diffusion, E-test), and the Elek diphtheria toxin production test were done on confirmed cases. We used genomic data for phylogenetic analyses and to estimate the nucleotide substitution rate.The Yemen diphtheria outbreak affected almost all governorates (provinces), with 5701 probable cases and 330 deaths recorded up to April 26, 2020. We collected clinical data for 888 probable cases with throat swab samples referred for biological confirmation, and genomic data for 42 positive cases, corresponding to 43 isolates (two isolates from one culture were included due to distinct colony morphologies). The median age of patients was 12 years (range 0·2-80). The proportion of cases in children aged 0-4 years was reduced during the second time period, after a vaccination campaign, compared with the first period (19% [95% CI 18-21] in the first period vs 14% [12-15] in the second period, p<0·0001). Among 43 tested isolates, 39 (91%) produced the diphtheria toxin and two had low level (0·25 mg/L) antimicrobial resistance to penicillin. We identified six C diphtheriae phylogenetic sublineages, four of which are genetically related to isolates from Saudi Arabia, Eritrea, and Somalia. Inter-sublineage genomic variations in genes associated with antimicrobial resistance, iron acquisition, and adhesion were observed. The predominant sublineage (30 [70%] of 43 isolates) was resistant to trimethoprim and was associated with unique genomic features, more frequent neck swelling (p=0·0029) and a younger age of patients (p=0·060) compared with the other sublineages. Its evolutionary rate was estimated at 1·67 × 10-6 substitutions per site per year, placing its most recent common ancestor in 2015, and indicating silent circulation of C diphtheriae in Yemen before the outbreak was declared.In the Yemen outbreak, C diphtheriae shows high phylogenetic, genomic, and phenotypic variation. Laboratory capacity and real-time microbiological monitoring of diphtheria outbreaks need to be scaled up to inform case management and transmission control of diphtheria. Catch-up vaccination might have provided some protection to the targeted population (children aged 0-4 years).National Centre of the Public Health Laboratories (Yemen), Institut Pasteur, and the French Government Investissement d'Avenir Programme.For the Arabic translation of the abstract see Supplementary Materials section.