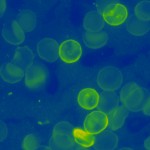 RESULTS: EFD BCG, administered either before induction of DSS and oxazolone colitis or after development of acute or chronic DSS-induced colitis, reduced symptom scores, loss of body weight, and inflammation. Although transfer of CD4(+)CD45RB(high)Foxp3(-) cells induced colitis in RAG2(-/-) mice, administration of EFD BCG at the time of the transfer converted Foxp3(-) T cells to Foxp3(+) T cells and the mice did not develop colitis. EFD BCG protected mice from colitis via a mechanism that required expansion of T regulatory cells and production of interleukin-10 and transforming growth factor β. EFD BCG activated the retinoid X receptor (RXR)-α-peroxisome proliferator-activated receptor (PPAR)-γ heterodimer, blocked translocation of nuclear factor κB to the nucleus, and reduced colonic inflammation; it did not increase the number of colon tumors that formed in mice with chronic DSS-induced colitis.

http://www.ncbi.nlm.nih.gov/pubmed/21683076
Published on: 14 May 2011 • Modified on: 29 Sep 2015
We use cookies on our website to give you the most relevant experience by remembering your preferences and repeat visits. By clicking “Accept”, you consent to the use of ALL the cookies.
Cookie settingsACCEPT
Manage consent