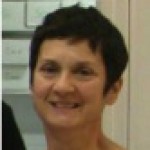 Although a live attenuated HIV vaccine is not currently considered for safety reasons, a strategy inducing both T cells and neutralizing antibodies to native assembled HIV-1 particles expressed by a replicating virus might mimic the advantageous characteristics of live attenuated vaccine. To this aim, we generated a live attenuated recombinant measles vaccine expressing HIV-1 Gag virus-like particles (VLPs) covered with gp160DeltaV1V2 Env protein. The measles-HIV virus replicated efficiently in cell culture and induced the intense budding of HIV particles covered with Env. In mice sensitive to MV infection, this recombinant vaccine stimulated high levels of cellular and humoral immunity to both MV and HIV with neutralizing activity. The measles-HIV virus infected human professional antigen-presenting cells, such as dendritic cells and B cells, and induced efficient presentation of HIV-1 epitopes and subsequent activation of human HIV-1 Gag-specific T cell clones. This candidate vaccine will be next tested in non-human primates. As a pediatric vaccine, it might protect children and adolescents simultaneously from measles and HIV.