e.g. searching for members in projects tagged cancer
Search for
Count
IN
OUT
Content 1
Content 2
Search
Go back
Scroll to top
Share
Nitric oxide controls proliferation of Leishmania major by inhibiting the recruitment of permissive host cells.
Sporadic occurrence of recent selective sweeps from standing variation in humans as revealed by an approximate Bayesian computation approach.
© Research
Publication : Plos One

Investigating the role of the carbon storage regulator A (CsrA) Leptospira spp. 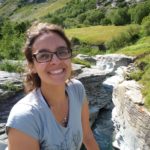 Carbon Storage Regulator A (CsrA) is a well-characterized post-transcriptional global regulator that plays a critical role in response to environmental changes in many bacteria. CsrA has been reported to regulate several metabolic pathways, motility, biofilm formation, and virulence-associated genes. The role of csrA in Leptospira spp., which are able to survive in different environmental niches and infect a wide variety of reservoir hosts, has not been characterized. To investigate the role of csrA as a gene regulator in Leptospira, we generated a L. biflexa csrA deletion mutant (ΔcsrA) and csrA overexpressing Leptospira strains. The ΔcsrA L. biflexa displayed poor growth under starvation conditions. RNA sequencing revealed that in rich medium only a few genes, including the gene encoding the flagellar filament protein FlaB3, were differentially expressed in the ΔcsrA mutant. In contrast, 575 transcripts were differentially expressed when csrA was overexpressed in L. biflexa. Electrophoretic mobility shift assay (EMSA) confirmed the RNA-seq data in the ΔcsrA mutant, showing direct binding of recombinant CsrA to flaB3 mRNA. In the pathogen L. interrogans, we were not able to generate a csrA mutant. We therefore decided to overexpress csrA in L. interrogans. In contrast to the overexpressing strain of L. biflexa, the overexpressing L. interrogans strain had poor motility on soft agar. The overexpressing strain of L. interrogans also showed significant upregulation of the flagellin flaB1, flaB2, and flaB4. The interaction of L. interrogans rCsrA and flaB4 was confirmed by EMSA. Our results demonstrated that CsrA may function as a global regulator in Leptospira spp. under certain conditions that cause csrA overexpression. Interestingly, the mechanisms of action and gene targets of CsrA may be different between non-pathogenic and pathogenic Leptospira strains