e.g. searching for members in projects tagged cancer
Search for
Count
IN
OUT
Content 1
Content 2
Search
Go back
Scroll to top
Share
Drosophila cells use nanotube-like structures to transfer dsRNA and RNAi machinery between cells
The Omega-3 Polyunsaturated Fatty Acid Docosahexaenoic Acid (DHA) Reverses Corticosterone-Induced Changes in Cortical Neurons.
© Institut Pasteur et Institut Imagine
Scanning electron micrograph of segmented filamentous bacterium (SFB). Segmented filamentous bacteria (SFB) are bacteria from the Clostridiaceae family that colonize the intestines of many species, likely including humans, without causing disease; they live in symbiosis with epithelial cells and are involved in the maturation of intestinal immunity.
Publication : Seminars in immunology 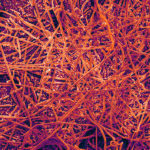 Innate and adaptive immunity have evolved as sophisticated mechanisms of host defence against invading pathogens. Classically the properties attributed to innate immunity are its rapid pleiotropic response, and to adaptive immunity its specificity and ability to retain a long-term memory of past infections. It is now clear that innate immunity also contributes to raising a memory response upon pathogenic assault. In this review we will discuss the interaction between bacterial, viral, fungal and parasitic molecular patterns and innate immune cells in which a memory response is imposed, or has the potential to be imposed.