e.g. searching for members in projects tagged cancer
Search for
Count
IN
OUT
Content 1
Content 2
Search
Go back
Scroll to top
Share
Antibodies to Plasmodium vivax reticulocyte binding protein 2b are associated with protection against P. vivax malaria in populations living in low malaria transmission regions of Brazil and Thailand
Evolves In Vitro through an Assemblage of Haplotypes that Alternatively Become Dominant or Under-Represented
© William Beaucardet
Consultation au Centre médical de l'Institut Pasteur (CMIP).
Publication : The Journal of infectious diseases 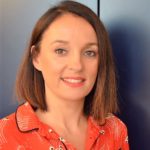 Since the identification of Zika virus (ZIKV) in Brazil in May 2015, the virus has spread throughout the Americas. However, ZIKV burden in the general population in affected countries remains unknown.We conducted a general population survey in the different communities of French Guiana through individual interviews and serologic survey during June-October 2017. All serum samples were tested for anti-ZIKV immunoglobulin G antibodies using a recombinant antigen-based SGERPAxMap microsphere immunoassay, and some of them were further evaluated through anti-ZIKV microneutralization tests.The overall seroprevalence was estimated at 23.3% (95% confidence interval [CI], 20.9%-25.9%) among 2697 participants, varying from 0% to 45.6% according to municipalities. ZIKV circulated in a large majority of French Guiana but not in the most isolated forest areas. The proportion of reported symptomatic Zika infection was estimated at 25.5% (95% CI, 20.3%-31.4%) in individuals who tested positive for ZIKV.This study described a large-scale representative ZIKV seroprevalence study in South America from the recent 2015-2016 Zika epidemic. Our findings reveal that the majority of the population remains susceptible to ZIKV, which could potentially allow future reintroductions of the virus.