Evolution of immune genes is associated with the Black Death. 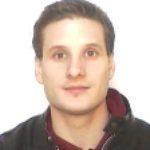 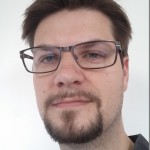 Infectious diseases are among the strongest selective pressures driving human evolution1,2. This includes the single greatest mortality event in recorded history, the first outbreak of the second pandemic of plague, commonly called the Black Death, which was caused by the bacterium Yersinia pestis3. This pandemic devastated Afro-Eurasia, killing up to 30-50% of the population4. To identify loci that may have been under selection during the Black Death, we characterized genetic variation around immune-related genes from 206 ancient DNA extracts, stemming from two different European populations before, during and after the Black Death. Immune loci are strongly enriched for highly differentiated sites relative to a set of non-immune loci, suggesting positive selection. We identify 245 variants that are highly differentiated within the London dataset, four of which were replicated in an independent cohort from Denmark, and represent the strongest candidates for positive selection. The selected allele for one of these variants, rs2549794, is associated with the production of a full-length (versus truncated) ERAP2 transcript, variation in cytokine response to Y. pestis and increased ability to control intracellular Y. pestis in macrophages. Finally, we show that protective variants overlap with alleles that are today associated with increased susceptibility to autoimmune diseases, providing empirical evidence for the role played by past pandemics in shaping present-day susceptibility to disease.