e.g. searching for members in projects tagged cancer
Search for
Count
IN
OUT
Content 1
Content 2
Search
Go back
Scroll to top
Share
Herpes simplex encephalitis and management of acyclovir in encephalitis patients in France
Acute hepatitis A virus infection without IgM antibodies to hepatitis A virus
© Research
Publication : Molecular microbiology 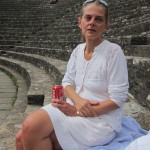 The fungal pathogen Candida albicans forms therapeutically challenging biofilms on biomedical implants. Using a transcript profiling approach genes whose expression is favoured upon biofilm growth compared with planktonic growth have been previously identified. Knock-out mutants for 38 of these genes were constructed, six of which showed a specific defect in biofilm formation. Among these genes, TYE7 that encodes a transcriptional activator of glycolytic genes in planktonic and biofilm growth conditions was identified as being required for the cohesiveness of biofilms. Biofilms formed by the tye7Δ knock-out mutant showed a hyperfilamentous morphology, and growth of this mutant on solid medium under hypoxia was also associated with the production of hyphae. Similar to TYE7 inactivation, inhibition of glycolysis or ATP synthesis using oxalate or an uncoupler, respectively, triggered morphogenesis when a wild-type strain was grown under hypoxia. These treatments also induced the formation of weakly cohesive, hyper-filamentous biofilms by a wild-type strain. Our data indicate that a hypoxic environment is generated within C. albicans biofilms and that continued biofilm development requires a Tye7p-dependent upregulation of glycolytic genes necessary to adapt to hypoxia and prevent uncontrolled hyphal formation. Thus, adaptation to hypoxia is an integral component of biofilm formation in C. albicans.