miRNA involvement in resistance to infection by Dengue virus : miRNA transcriptome on monocytes of individuals “Susceptible” or “Resistant” following in vitro infection by DENV2 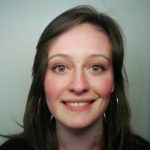 We performed miRNome on monocytes from healthy donors living in Bangkok, previously checked for their antibodies against DENV. We hypothesized that individuals without antibodies against any serotype of DENV may represent a DENV-resistant population, given the low likelihood to have never been exposed to DENV. Micro-RNA differentially expressed upon infection between Susceptible and Resistant groups have been identified. We performed functional studies using miRNA mimics or inhibitors transfected in cell lines and then infected by DENV to test their effect on infection.