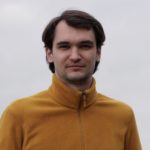 In addition to environmental factors (such as human population growth, increased travel, climate change…), intrinsic (viral genomic) factors are central to the emergence and the epidemic risk. A more fundamental understanding of the molecular basis of virus spillover and spread into human populations is needed to better identify the risk factors for disease emergence.

This project proposes to leverage new genomics and reverse genetics tools applied to the natural setting of the 2016 yellow fever outbreak in Angola to gain insights in the processes underlying both arboviral emergence and within-outbreak adaptation and spread.

We propose to characterize the functional impact of inter- and intra-epidemic genomic changes in yellow fever virus genome (using the closely related virus isolated in 1971 in Angola as a reference).

On the one hand, this study will provide insights in the evolutionary processes associated with viral emergence. This information may help forecast the evolutionary behavior of yellow fever virus or other arboviruses, upon (re-)emergence in human populations. On the other hand, this project will also contribute to a better understanding of the biology of arboviruses through the dissection of the impact of genomic changes at the protein and RNA level and their interactions with the host or vector.