• Biodiversity and Epidemiology of Bacterial Pathogens 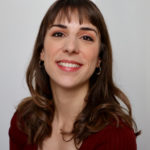 I graduated in Veterinary Medicine at the Dipartimento di Scienze Mediche Veterinarie Università di Bologna in 2015, after which I worked for two years at the Italian health authority and research organization for animal health and food safety, the Istituto Zooprofilattico Sperimentale delle Venezie. I then pursued my PhD in Infectious Diseases and Bacterial Genomics at the University of Glasgow, which I completed in 2021. My PhD work focused on the role of mobile genetic elements and of the accessory genome in host-adaptation of the multi-host pathogen Streptococcus agalactiae, also known as Group B Streptococcus.

I am currently working at the BEBP unit at Institut Pasteur as project manager of the KlebNET-GSP, a large collaborative project supported by the Bill and Melinda Gates foundation which aims at providing the scientific community with a unified platform for genomic surveillance of Klebsiella pneumoniae and at creating an international network of researchers working on this pathogen.

The SARA project: Surveillance of Antibiotic Resistance in Africa, an integrative project of the Pasteur Network

Antibiotic resistance is one of the most serious threats to global health. The consequences for human health are particularly severe in low-resource countries, and in Africa in particular. The SARA project is funded by […] 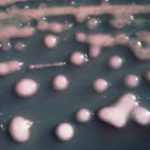 KlebNet: a One Health network bridging science and surveillance on antimicrobial resistant Klebsiella

Join us on Google groups! KlebNET e-mail distribution list on Google groups. Please ask for registration, by explaining your interest in Klebsiella research or surveillance and providing your institution, so that the moderators can […] 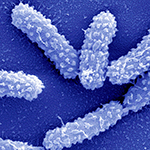 Klebsiella pneumoniae is one of the most urgent threats to public health given its increasing resistance to antimicrobial agents including carbapenems, considered as last-resort antibiotics.  In this project we aim to understand the ecological, epidemiological and […]