SEMINAR “Regulation of the blood-brain barrier in health and disease” 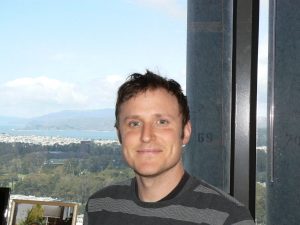 Abstract : Vascular endothelial cells in the central nervous system (CNS) form a barrier that restricts the movement of molecules and ions between the blood and the brain.  This blood-brain barrier (BBB) is crucial to ensure proper neuronal function and protect the CNS from injury and disease.  Although the properties of the BBB are manifested in the endothelial cells, transplantation studies have demonstrated that the BBB is not intrinsic to the endothelial cells, but is induced by interactions with the neural cells.  Here we use a genomic, genetic and molecular approach to elucidate the cellular and molecular mechanisms that regulate the formation and function of the BBB.   We have identified a critical role for pericytes in regulating the permeability of CNS vessels by inhibiting the properties that make endothelial cells leaky. In particular pericytes limit the rate of transcytosis through endothelial cells as well as the expression of leukocyte adhesion molecules in CNS endothelial cells, which limits CNS immune infiltration. Furthermore, we have developed methods to highly purify and gene profile endothelial cells from different tissues, and by comparing the transcriptional profile of brain endothelial cells with those purified from the liver and lung, we have generated a comprehensive resource of transcripts that are specific to the BBB forming endothelial cells of the brain.    We have further examined the profile of CNS endothelial cells following injury and disease and have identified molecular mechanisms by which pericytes control BBB formation, which are then disrupted during neurological disease leading to BBB dysfunction.