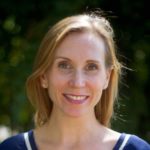 In the framework of the PICREID Midterm Meeting, and with generous support from the Virology and Global Health Departments of Institut Pasteur and the Fondation Pasteur Japon, we are pleased to welcome three expert keynote speakers in the field of emerging infectious diseases.

Dr. Kei Sato’s primary research focus is the interplay between viruses and hosts. In the last two years, he extensively focuses on the virological characterization of SARS-CoV-2 variants. In March 2010, he got a Ph.D. (Medicine) in Institute for Virus Research, Kyoto University, Japan. By using a hematopoietic stem cell-transplanted “humanized” mouse model, he established a novel animal model for HIV infection, replication and pathogenesis. He also used a variety of mutant viruses and revealed the functional interplay between HIV-encoding proteins and antiviral host proteins in viral replication in vivo. In April 2018, Dr. Sato started his own laboratory as a PI in The Institute of Medical Science, The University of Tokyo, Japan. His laboratory is named “Systems Virology”, and the aim of his laboratory is to expand and deepen the knowledge and method in virology. To investigate the dynamics of virus infections such as HIV and emerging viruses including SARS-CoV-2, he uses a variety of multiscale analytic techniques, such as experimental virology, bioinformatics and molecular phylogenetic. Such interdisciplinary investigations through experimental virology and other sciences will pioneer a new scientific field of infectious diseases. Since the beginning of 2020, he started the investigation of SARS-CoV-2. In January 2021, he launched a consortium, “The Genotype to Phenotype Japan (G2P-Japan)”. The scientific activity of G2P-Japan is very high and has revealed the multiple aspects of SARS-CoV-2 variants. He promoted to be a full professor in April 2022 and continues the investigations based on Systems Virology.

Dr. Keita Matsuno is a Veterinarian Virologist with the International Institute for Zoonosis Control, Hokkaido University. Keita holds a Bachelor of Veterinary Medicine and a PhD in Veterinary Medicine from Hokkaido University. His research interests primarily lie in understanding the genetic diversity of viruses in nature and mechanisms of their spillover events. His work includes a variety of viruses causing acute febrile illness in humans and animals, such as avian influenza virus, Ebola and Marburg viruses, bunyaviruses, coronaviruses and elephant herpesvirus. Currently, Keita and his team mainly investigate an emerging nairovirus infection in Japan.

Dr. Akatsuki Saito is a veterinarian and molecular virologist working on HIV-1, flaviviruses (dengue, JEV, and Zika), SARS-CoV-2, and hepadnaviruses. He got his D.V.M. degree at the University of Miyazaki and Ph.D. degree at The University of Tokyo. He had a post-doc training at The Aaron Diamond AIDS Research Center, Rockefeller University (NY, USA). He is interested in the interactions between viruses and host factors, especially how the interactions affect pathogenesis. His work includes a variety of techniques including a reverse genetics of RNA viruses and animal experiments using non-human primates. He is a member of the G2P-Japan consortium since 2021.

Registration is free but mandatory here

More about the PICREID project 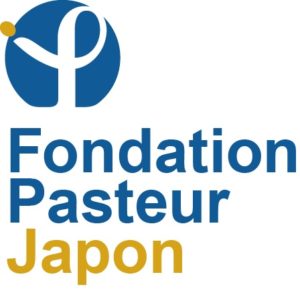