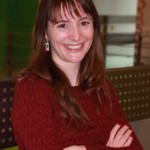 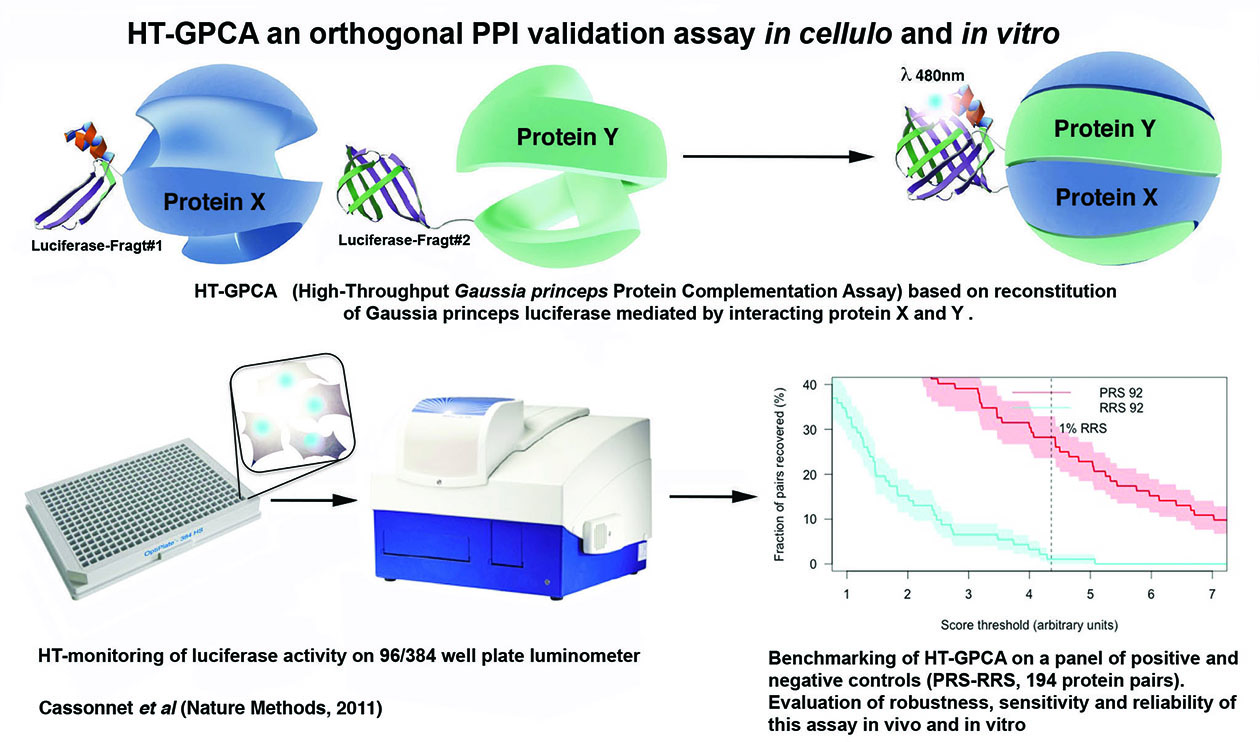 The coverage and robustness of protein-protein interactions (PPI) datasets can be markedly increased by combining orthogonal PPI assays. For this purpose we have recently developed two variations of our High-throughput Gaussia princeps Complementation Assay(HT-GPCA), one performed in human cells (in cellulo assay) and the other completely in vitro. These assays based on a split-luciferase detect interactions by fragment complementation of Gaussia princeps luciferase (ref below). Added benefits are that HT-GPCA assays allow semi-quantitative comparison of PPI strength (based on the observed range of bioluminescence intensity as demonstrated recently, Nature Methods 2015), and show an improved signal-to-noise ratio over other fluorescence-based assays (e.g., GFP-based “ PCA”), thanks to the luminescence-based readout and the lack of background noise arising from autofluorescence.

In order to increase the pipeline throughput this assay has been implemented in a 96-well plate format suitable for robotic automation of pipetting steps. Plate reading is performed on the last generation Berthold luminometer  using a very sensitive, low-noise photomultiplier tube. Reading time as well as reagent consumption have been optimized in order to increase the flow rate and decrease costs. These developments especially in vitro GPCA should improve the assay’s integration on robotic platform as well as the readout flow (3h instead of 3 days) to achieve a high level of reliability and robustness.