Megakaryocyte production is sustained by direct differentiation from erythromyeloid progenitors in the yolk sac until midgestation. 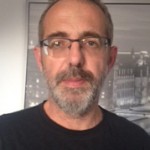 The extra-embryonic yolk sac contains the first definitive multipotent hematopoietic cells, denominated erythromyeloid progenitors. They originate in situ prior to the emergence of hematopoietic stem cells and give rise to erythroid, monocytes, granulocytes, mast cells and macrophages, the latter in a Myb transcription factor-independent manner. We uncovered here the heterogeneity of yolk sac erythromyeloid progenitors, at the single cell level, and discriminated multipotent from committed progenitors, prior to fetal liver colonization. We identified two temporally distinct megakaryocyte differentiation pathways. The first occurs in the yolk sac, bypasses intermediate bipotent megakaryocyte-erythroid progenitors and, similar to the differentiation of macrophages, is Myb-independent. By contrast, the second originates later, from Myb-dependent bipotent progenitors expressing Csf2rb and colonize the fetal liver, where they give rise to megakaryocytes and to large numbers of erythrocytes. Understanding megakaryocyte development is crucial as they play key functions during vascular development, in particular in separating blood and lymphatic networks.