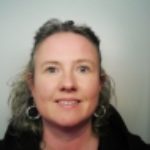 Head and neck squamous cell carcinomas (HNSCC) are the seventh most frequent cancers. Among HNSCCs, oral squamous cell carcinomas (OSCCs) include several anatomical locations of the oral cavity, but exclude the oropharynx. The known risk factors for OSCCs are mainly alcohol consumption and tobacco use for at least 75-80% of cases. In addition to these risk factors, Human papillomavirus (HPV) types 16 and 18, classified as high-risk (HR) HPV genotypes, are considered as risk factors for oropharyngeal cancers, but their role in the development of OSCC remains unclear. We tested the hypothesis of viral etiology in a series of 68 well-characterized OSCCs and 14 potentially malignant disorders (PMD) in non-smoking, non-drinking (NSND) patients using broad-range, sensitive molecular methodologies. Deep-sequencing of the transcriptome did not reveal any vertebrate virus sequences other than HPV transcripts, detected in only one case. In contrast, HPV DNA was detected in 41.2% (28/68) and 35.7% (5/14) of OSCC and PMD cases, respectively. Importantly, 90.9% (30/33) of these belonged to the Betapapillomavirus genus, but no viral transcripts were detected. Finally, high-throughput sequencing revealed reads corresponding to transcripts of the Trichomonas vaginalis virus (TVV), which were confirmed by RT-PCR in two OSCCs. Our results strongly suggest that Alphapapillomavirus genotypes classified as HR are not involved in the development of OSCCs in NSND patients and that known oncogenic infectious agents are absent in these specific OSCCs. Any possible direct or indirect role of Betapapillomavirus genus members and TVV in OSCCs remains speculative and requires further investigation.