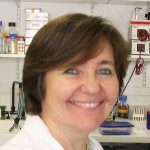 Adaptive processes in chronic bacterial infections are well described, but much less is known about the processes at play during acute infections. Here, by sequencing seven randomly selected isolates per patient, we analyzed Escherichia coli populations from three acute extraintestinal infections in adults (meningitis, pyelonephritis, and peritonitis), in which a high-mutation-rate isolate or mutator isolate was found. The isolates of single patients displayed between a few dozen and more than 200 independent mutations, with up to half being specific to the mutator isolate. Multiple signs of positive selection were evidenced: a high ratio of nonsynonymous to synonymous mutations (Ka /Ks ratio) and strong mutational convergence within and between patients, some of them at loci well known for their adaptive potential, such as rpoS, rbsR, fimH, and fliC For all patients, the mutator isolate was likely due to a large deletion of a methyl-directed mismatch repair gene, and in two instances, the deletion extended to genes involved in some genetic convergence, suggesting potential coselection. Intrinsic extraintestinal virulence assessed in a mouse model of sepsis showed variable patterns of virulence ranging from non-mouse killer to mouse killer for the isolates from single patients. However, genomic signature and gene inactivation experiments did not establish a link between a single gene and the capacity to kill mice, highlighting the complex and multifactorial nature of the virulence. Altogether, these data indicate that E. coli isolates are adapting under strong selective pressure when colonizing an extraintestinal site.IMPORTANCE Little is known about the dynamics of adaptation in acute bacterial infections. By sequencing multiple isolates from monoclonal extraintestinal Escherichia coli infections in several patients, we were able to uncover traces of selection taking place at short time scales compared to chronic infection. High genomic diversity was observed in the patient isolates, with an excess of nonsynonymous mutations, and the comparison within and between different infections showed patterns of convergence at the gene level, both constituting strong signs of adaptation. The genes targeted were coding mostly for proteins involved in global regulation, metabolism, and adhesion/motility. Moreover, virulence assessed in a mouse model of sepsis was variable among the isolates of single patients, but this difference was left unexplained at the molecular level. This work gives us clues about the E. coli lifestyle transition between commensalism and pathogenicity.