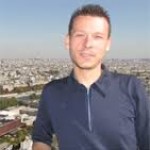 Gut microbiota has a fundamental role in the energy homeostasis of the host and is essential for proper “education” of the immune system. Intestinal microbial communities are able to ferment dietary fiber releasing short-chain fatty acids (SCFAs). The SCFAs, particularly butyrate (BT), regulate innate and adaptive immune cell generation, trafficing, and function. For example, BT has an anti-inflammatory effect by inhibiting the recruitment and proinflammatory activity of neutrophils, macrophages, dendritic cells, and effector T cells and by increasing the number and activity of regulatory T cells. Gut microbial dysbiosis, ie, a microbial community imbalance, has been suggested to play a role in the development of inflammatory bowel disease (IBD). The relationship between dysbiosis and IBD has been difficult to prove, especially in humans, and is probably complex and dynamic, rather than one of a simple cause and effect relationship. However, IBD patients have dysbiosis with reduced numbers of SCFAs-producing bacteria and reduced BT concentration that is linked to a marked increase in the number of proinflammatory immune cells in the gut mucosa of these patients. Thus, microbial dysbiosis and reduced BT concentration may be a factor in the emergence and severity of IBD. Understanding the relationship between microbial dysbiosis and reduced BT concentration to IBD may lead to novel therapeutic interventions.