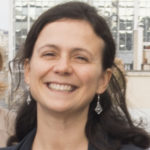 Despite the conservation of central metabolism, an increasing amount of evidence indicates that there are unique features in Actinobacteria, one of the largest bacterial phyla that includes important human pathogens like Mycobacterium tuberculosis and major industrial cell factories such as Corynebacterium glutamicum. By an integrative approach combining molecular microbiology, protein biochemistry and structural biology, the aim of this project to obtain a detailed understanding of the distinctive features that control carbon flux at two key nodes of central metabolism, the pyruvate and the 2-oxoglutarate node.

The project is funded, as a joint French-German initiative, by the respective national research agencies (ANR and DFG) till March 2022, and it is performed in close collaboration with the groups led by Prof. Michael Bott (Forschungszentrum Jülich) and Prof. Bernhard Eikmanns (University of Ulm).

Multiple reasons lead us to study how metabolism is regulated in actinobacteria. First, actinobacteria have a tremendous potential for the biotechnological industry, most notably C. glutamicum, used for decades for the production of million tons of amino acids (L-glutamate, L-lysine and L-valine being the most important) and other compounds, ranging from polymers (bricks for the plastic industry) to alcohols and biofuels. Laboratory processes aiming at introducing genetic and biochemical targeted modifications, grouped under the discipline of metabolic engineering, have already generated several optimized C. glutamicum strains, but further progress would not be possible without a deeper understanding of the peculiar features of actinobacterial metabolism. So far, our knowledge of these fundamental aspects of microbial physiology comes mostly from studies performed on model, non-actinobacterial species like Escherichia coli or Bacillus subtilis.

On the other hand, actinobacteria are also responsible for significant, dreadful diseases like tuberculosis, a major scourge in the developing world and a threat for public health worldwide. Besides the extremely serious problem of drug-resistance, one of the major issues in treating tuberculosis effectively is our inability to target dormant bacteria. It has become increasingly clear that dormant M. tuberculosis undergoes a series of metabolic adaptations that have only recently started to be elucidated. However, we have a long path ahead us to reach a mechanistic understanding of how mycobacterial metabolism is tuned in response to external stimuli, in particular to allow the pathogen to persist in the human host, while escaping immune surveillance.

Our objective is therefore to fill the gap in knowledge about the regulation of central carbon and nitrogen metabolism in actinobacteria, clarifying which chemical reaction and metabolic paths are conserved, and which are the specificities of the members of this phylum. The outcomes will benefit both to metabolic engineers that aim at developing improved C. glutamicum strains, and eventually to drug design to make it able to target pathogen-specific processes, like essential protein-protein interactions.