Pierre Lafaye is head of the Antibody Engineering Platform at Pasteur Institute where he has worked since 1991. Before this, Pierre completed a Pharmaceutical degree at the University of Bordeaux then moving on to specialize in immunology at Pasteur Institute. Pierre also completed a PhD at the same organization before completing his post-doctoral training at the US Army Medical Research Institute of Infectious Diseases (USAMRIID) based at Fort Detrick in Maryland. He worked there on cloning and expression of snake toxin genes. Mr Lafaye then moved back to the Pasteur Institute once again in 1991 to conduct research on human recombinant antibodies.

Pierre continued working at the Institute and in 2003 joined Professor François Rougeon’s unit conducting research on homodimeric antibodies, analyzing the genomic organization of llama antibodies gene and the use of VHH proteins as an alternative to conventional antibodies. He demonstrated that VHH are naturally able to cross the Blood brain barrier and to bind an intracellular antigen. Pierre’s ongoing research at Pasteur Institute is funded through National Research Agencies and by private companies and concerns the ability of VHH to neutralize viral infections and their use as diagnostic tools for neurological and virological diseases. In 2014, Pierre joined the Pasteur EBOLA task force and he is leader of the Work Package in charge of the diagnostic of EBOLA virus.

TITLE: CORONABODIES : Production of SARS-CoV-2 nucleoprotein (N) and spike (S) recombinant antigens and generation of anti-N and anti-S nanobodies for diagnostic and therapeutic applications. SUMMARY We propose a joint effort to generate as […] 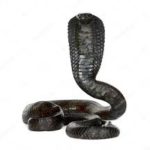 VenoMATIcs: Toward a Global Management of Venoms and Envenomations: the Pasteur network Translational Approach 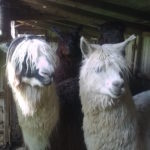 Protein conjugates for the diagnosis of Alzheimer’s disease

Development of specific imaging nanoprobes against intracerebral targets is a challenging field of research, particularly for the diagnosis of neurodegenerative diseases. Probes based on camelid single-domain antibody-fragments (VHHs or nanobodies) are promising tools due […] 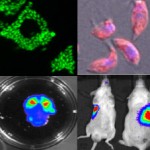 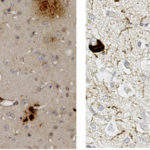 Homodimeric VHHs offer new perspectives for in vivo immunodiagnosis. Because of their small size of about 12-14 kDa, VHHs rapidly pass the renal filter, which has a cutoff of about 60 kDa, resulting in […]