How can mechanics constrain the evolution of shape or be a source  of morphogenetic innovation? The Qbio initiative at Institut Pasteur is organising a two-day symposium in the campus on December 12th and 13th 2022 which will cover the interplay between mechanics, evolution, morphogenesis and development. This interdisciplinary symposium will combine a large range of approaches (morphometric analysis, modeling, soft-matter physics, comparative morphogenesis, epistemology) and diverse organisms (plants, yeast, algae, cnidarians, insects and vertebrates) with diverse and excellent speakers. This symposium is meant to be an open platform for discussion between physicists, mathematicians and biologists on relevant biological questions, and to foster interactions between topics/systems which normally have few occasions to interact.

The meeting will be in a fully hybrid format, with an in-person audience and speakers, as well as a virtual audience and virtual talks.

The full program can be found on our website https://neuroanatomy.github.io/MeMoDEvo .

Registration is free but mandatory (before November 14th): https://forms.gle/TTLdHmJf1Ajr8bvr9

The list of confirmed speaker can be found below. 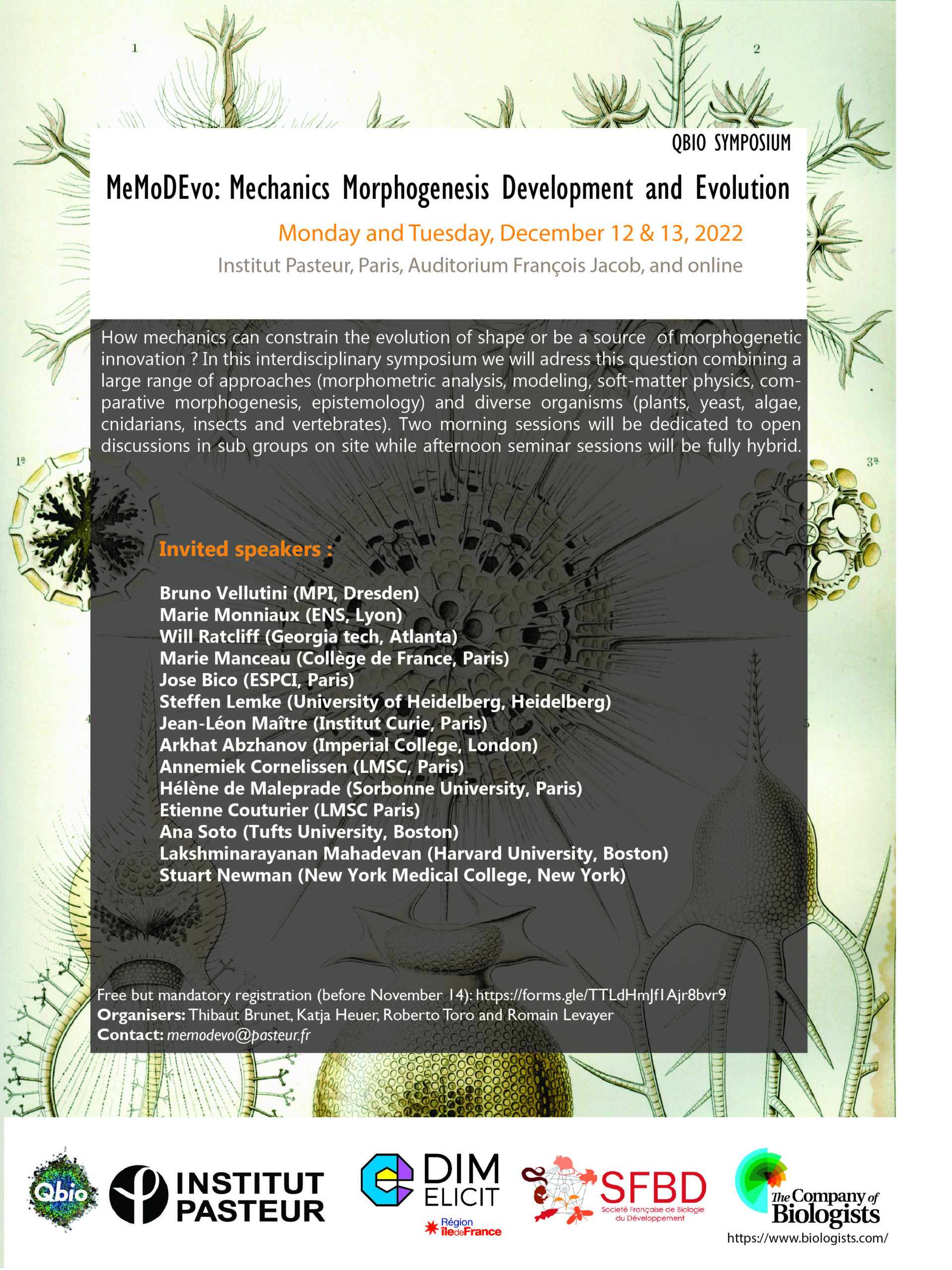