The Life Cycle of L. pneumophila: Cellular Differentiation Is Linked to Virulence and Metabolism 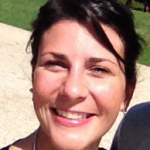 Legionella pneumophila is a gram-negative bacterium that inhabits freshwater ecosystems, where it is present in biofilm or as planktonic form. L. pneumophila is mainly found associated with protozoa, which serve as protection from hostile environments and as replication niche. If inhaled within aerosols, L. pneumophila is also able to infect and replicate in human alveolar macrophages, eventually causing the Legionnaires’ disease. The transition between intracellular and extracellular environments triggers a differentiation program in which metabolic as well as morphogenetic changes occur. We here describe the current knowledge on how the different developmental states of this bacterium are regulated, with a particular emphasis on the stringent response activated during the transition from the replicative phase to the infectious phase and the metabolic features going in hand. We propose that the cellular differentiation of this intracellular pathogen is closely associated to key metabolic changes in the bacterium and the host cell, which together have a crucial role in the regulation of L. pneumophila virulence.