e.g. searching for members in projects tagged cancer
Search for
Count
IN
OUT
Content 1
Content 2
Search
Go back
Scroll to top
Share
What Are the Primary Limitations in B-Cell Affinity Maturation, and How Much Affinity Maturation Can We Drive with Vaccination? Lessons from the Antibody Response to HIV-1
Dynamics of Ebola RNA Persistence in Semen: A Report From the Postebogui Cohort in Guinea
© Research
Publication : Scientific reports 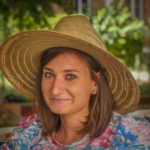 Shadoo (Sho), a member of prion protein family, has been shown to prevent embryonic lethality in Prnp mice and to be reduced in the brains of rodents with terminal prion diseases. Sho can also affect PrP structural dynamics and can increase the prion conversion into its misfolded isoform (PrP), which is amyloidogenic and strictly related to expression, intracellular localization and association of PrP to lipid rafts. We reasoned that if Sho possesses a natural tendency to convert to amyloid-like forms in vitro, it should be able to exhibit “prion-like” properties, such as PK-resistance and aggregation state, also in live cells. We tested this hypothesis, by different approaches in neuronal cells, finding that Sho shows folding properties partially dependent on lipid rafts integrity whose alteration, as well as proteasomal block, regulated generation of intermediate Sho isoforms and exacerbated its misfolding. Moreover, a 18 kDa isoform of Sho, likely bearing the signal peptide, was targeted to mitochondria by interacting with the molecular chaperone TRAP1 which, in turn controlled Sho dual targeting to ER or mitochondria. Our studies contribute to understand the role of molecular chaperones and of PrP-related folding intermediates in “prion-like” conversion.